This is the third in a series (thus, part 3). You might want to read the other two parts first:

At the appointed time, I dialed her number. I remember being very nervous. As I wrote in Part 2, while the initial contact phone call was short, I knew that both of us had set aside time to talk.

I wish I could remember the conversation more precisely. I remember it was a very stilted conversation. Neither of us knew quite what to say. I told her that what drove me to find her was that I wanted her to know that everything turned out well. I didn’t want to insert myself into her life. She thought I would want to know medical history. It was pretty nondescript. She does have Parkinson’s disease. But there doesn’t seem to be a significant hereditary component to Parkinson’s.

We talked a few more times on the phone and exchanged a couple of letters.

She told me about her time in the hospital. It was a very different time. After she gave birth to me, the hospital staff whisked me away because she wasn’t supposed to see me at all. I guess the thinking was that it would be best to cut birth mom off from baby cold turkey and immediately before any bonding could occur. She told me she sneaked out of bed in the middle of the night and went down to the nursery to look at me. She overheard one of the nurses telling another, “Hey, she’s not supposed to be out here looking at her baby.” The other nurse said, “Aw, let her be.”

I also remember her saying to herself, “I’m so glad you’re not angry at me.” She told me that when she was in crowds, she would sometimes think of me a look around, wondering if I might be passing by.

She has two other sons, who would be my half-brothers. They have not contacted me. They did not know about their mother’s other child. I did exchange a few emails with her sister. She wondered what the appropriate etiquette is for communicating with her sister’s little-known adopted son who suddenly appears out of nowhere.

One of the biggest problems I encountered was a result of her Parkinson’s disease. Since we both like to write, we decided to try writing each other. I had a great deal of trouble deciphering her letters due to her shaky hands. When I say “trouble” I mean that I spent multiple hours on a two-page letter. It was very difficult, and it was taking a lot of time.

About a year and a half ago, I wrote her a letter and didn’t get one back. I wrote that I had a great deal of difficulty reading her letters and wondered if she might be able to get someone to write them for her. That may have been insensitive of me. My problem was that I really wanted to communicate with her. But try as I might, I couldn’t decipher portions of her letters.

So, now I haven’t heard from her or her sister in over a year and a half. Having written all this down, I am feeling a mild inclination to give her a call. If I do, I’ll let you know how that goes in the next post.

I’ll do one more post in the “My Adoption Story” to tell you how I feel about this whole thing. If I remember more of our conversations, I will share that, too. 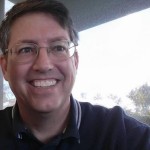